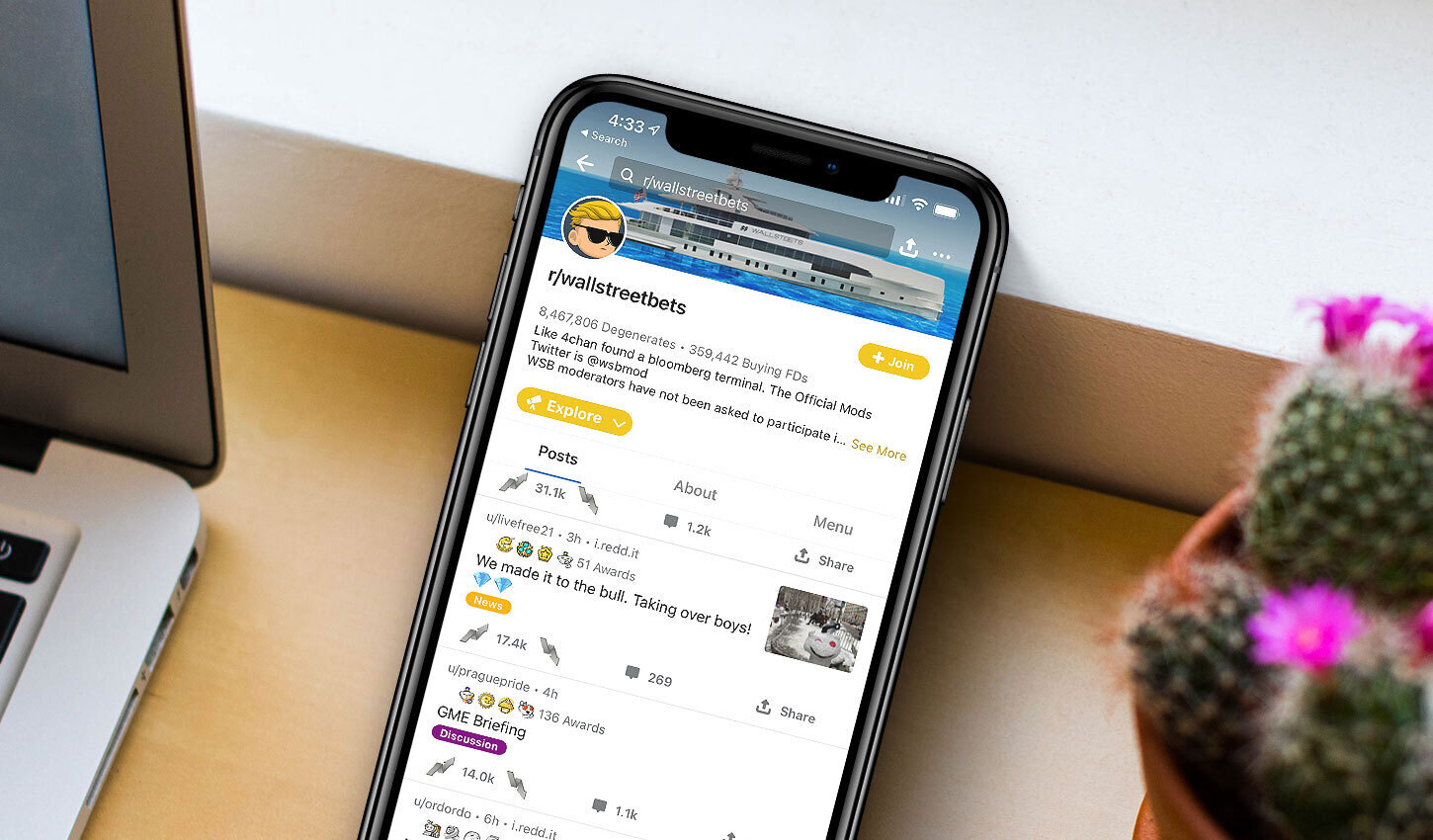 “Meme stocks” took the financial world by storm in January, driven largely by users on the social platform Reddit. This fervor led to the mobile app’s best ever month of installs as it hit 6.6 million worldwide downloads in January, Sensor Tower Store Intelligence data reveals.

To date, Reddit has approximately 122.5 million installs globally from across the App Store and Google Play. The majority of these downloads, as well as most of its in-app purchase revenue, comes from the United States, which accounts for about 46 percent of the installs or approximately 55.8 million. U.S. consumers represent 76 percent of spending in the app to date, or approximately $5.5 million. 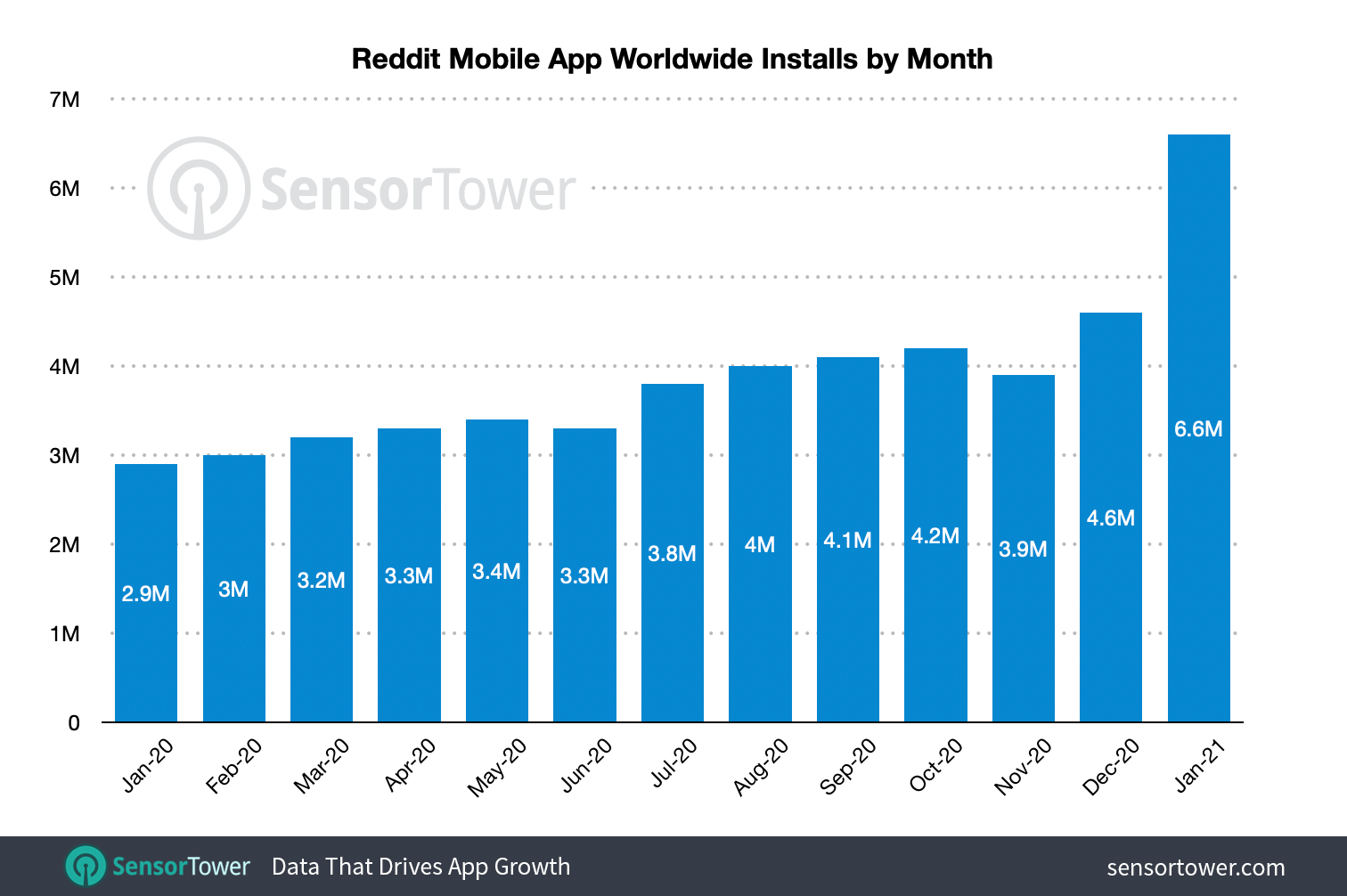 Monthly Active Users on the Rise 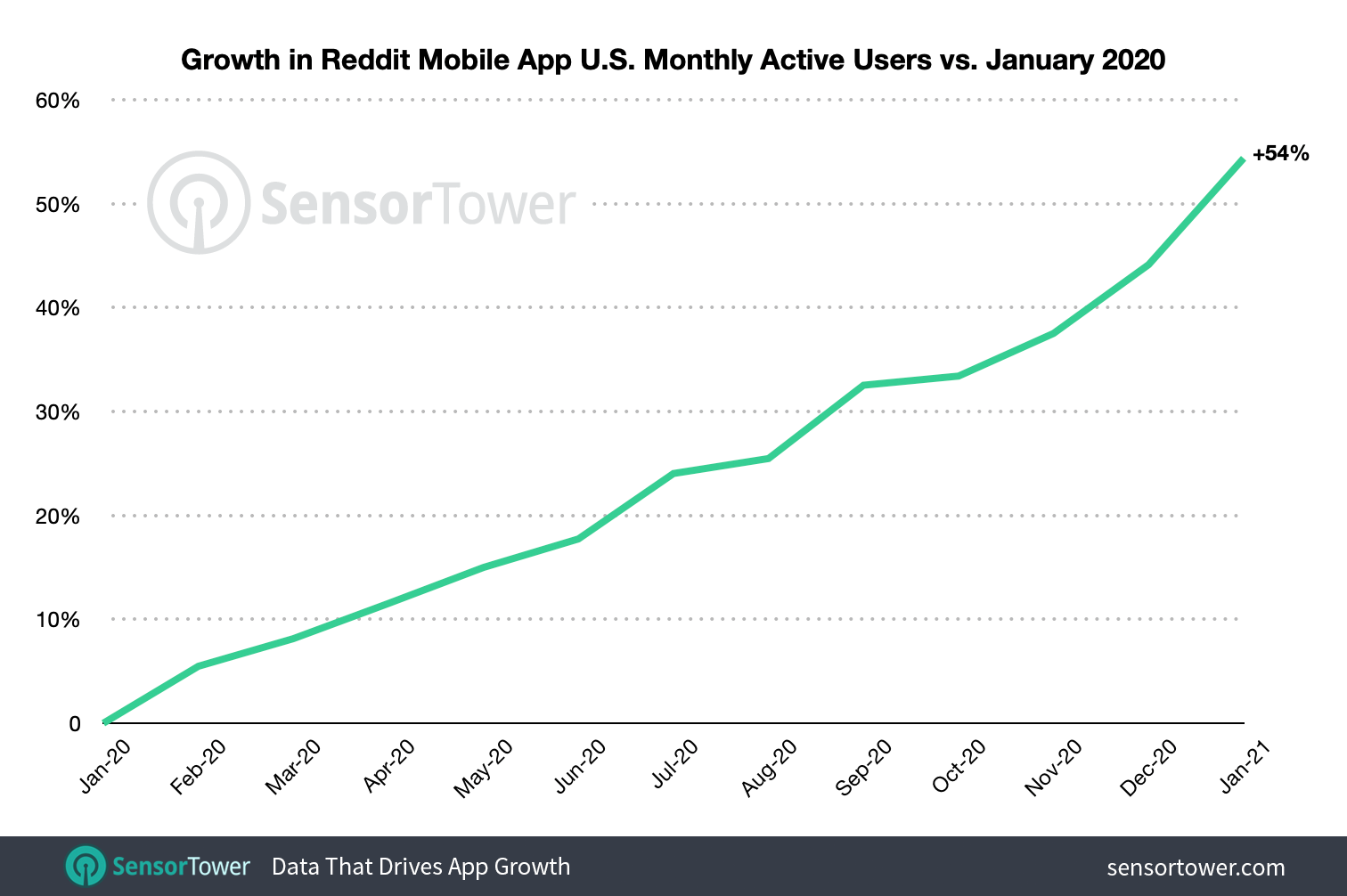 If historic trends are any indication, it’s likely that Reddit will continue to grow its monthly active users. However, the pace of Reddit’s continued growth may depend on how many new users it can retain after the conversation dies down around the platform’s role in last month’s stock market disruption.

Where the Conversation Leads

It’s only a little more than a month into 2021 and the mobile ecosystem has already seen a number of newer social platforms spike in popularity. Some have already vanished from marketplaces, such as Parler, while others such as the audio-based social networking app Clubhouse seem to be picking up even more momentum. Last year, TikTok exploded in popularity with record growth while chatting apps such as Yubo boomed with younger users.

Amid the ongoing COVID-19 pandemic, it’s likely that we’ll continue to see consumers seek out new ways and new platforms to connect with one another. This recent spike in Reddit’s installs shows that the old guard of social platforms are still a force to be reckoned with, and that both established and emerging developers will have to continue innovating to stay at the top of the social space.